Thanks to all those who attended our annual Club Awards Night in the Old Oak on last Saturday night, 8th February. And a big thanks to Damian ,Grellan and Ed for the organising of the trophies and of the venue.

As Club Chairman Grellan said before announcing the award winners, the voting this year was extremely close and all nominees would have been very worthy winners of each award. The 2019 winners are listed below. Well done to the winners aswell as nominees, it was a very very successful year of running for the club! 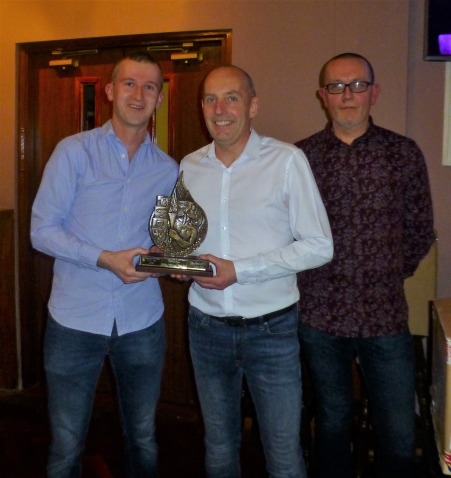 Ruairi Egan – Winner of Most Improved Athlete for 2019. Being presented with his award by last years winner Donal Dowling and Club Chairman Grellan McGrath 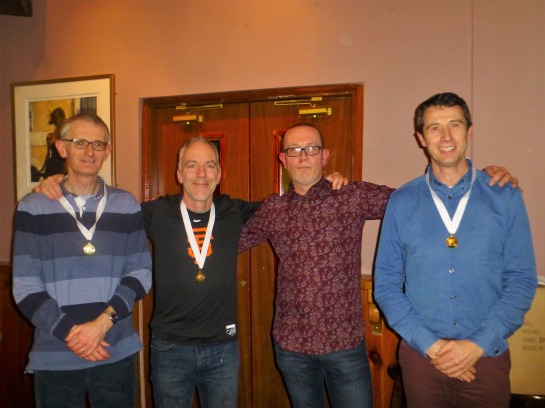 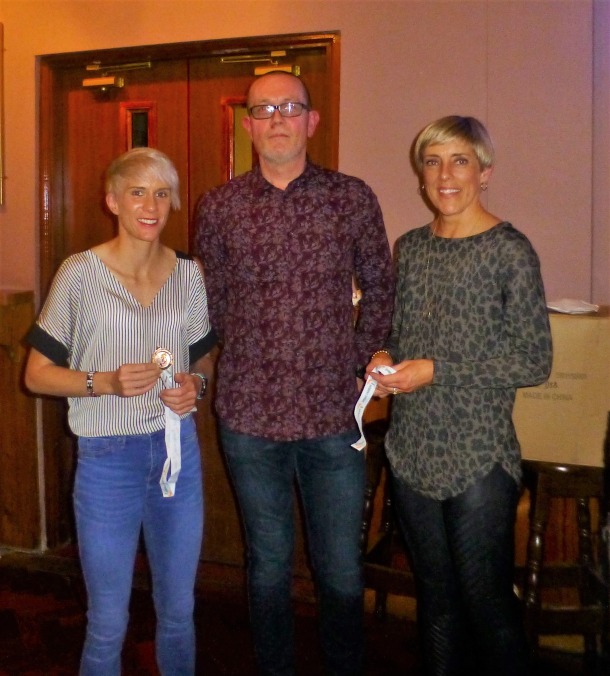 There was a presentation made to outgoing Chairman Colin O’Herlihy in recognition of the huge work he put in to his role as both Chairman and Registrar over the last number of years! Finally, thanks Derek for the photos! (And congrats on the award!!) Link to album here….. https://flic.kr/s/aHsmLhkiJi