The Cork County Novice B Cross Country Championships were held near Macroom on Sunday the 18th of October 2015 in dry and overcast conditions. After the recent dry spell of weather, the ground was nice and firm underfoot which made for some fast running.

In contrast to the mens Intermediate Cross Country race with just 19 turning out, the the mens Novice B race proved to be a lot more popular with 52 taking part. The 6km course consisted of four 1.5km loops with a mixture of flat running and short hills.

With the initial charge in the first lap, Alan O’Brien stayed tucked in about 8th place waiting for the pace to settle. In the second lap, he slowly moved up into 2nd place. In the third lap, he moved into the lead and built up a lead of about 50 metres which he held to the finish line to take first place!! 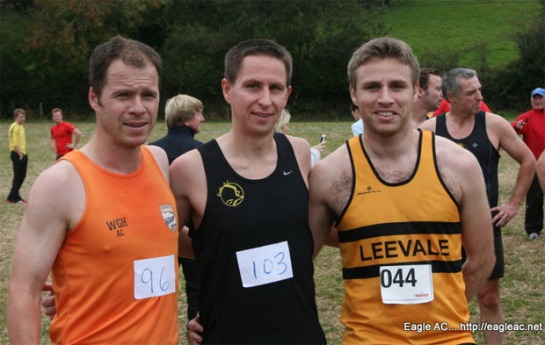