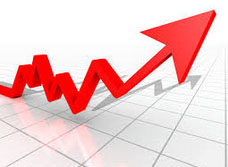 Eagle AC membership hits new record!! : Athletics Ireland have just released the overall membership of every athletic club in the country and it shows that Eagle AC now has a record 167 members! Despite the fact that only three months had passed, the new figure exceeds the previous record of 162 set at the end of December 2013. By comparison, the membership figure for the end of March 2013 was 121 so the 2014 figure is up 34%. This impressive growth is due in no small part to Pat Murphy, Colin O’Herlihy and Noella Carrol who have done great work in getting members registered for 2014.